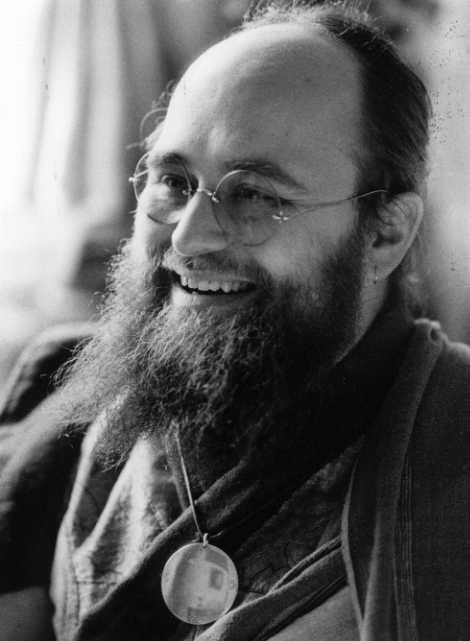 Ngak’chang Rinpoche is shown here at the 1986 International Conference of the British Psychological Society, at which he was one of the major invited speakers. He gave a teaching on ‘Embracing Emotions as the Path’, as well as leading a number of workshops, discussion groups and giving private interviews. This was one of several occasions on which psychologists interested in brain-wave patterns wired Rinpoche up to an electro-encephalograph monitor and requested him to enter meditative states. Rinpoche was always happy to be wired up, but pointed out that the results were not particularly useful in terms of understanding meditative states within a Buddhist context. It’s like trying to work out what a dog looks like on the basis of examining dog hairs on the carpet, he said. He would then point out that an individual’s kindness was a better indicator of the individual’s practice than the ability to produce alpha rhythms on demand. In this picture Rinpoche is wearing a mélong (mirror) given to him in 1979 by Chögyal Namkha’i Norbu Rinpoche.