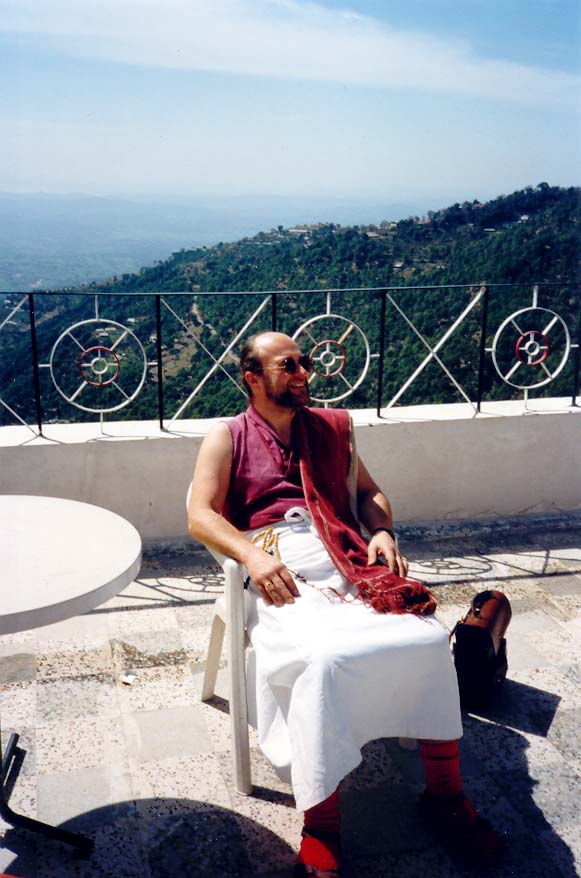 Ngak’chang Rinpoche has made numerous visits to McLeod Ganj and often used to sit in the roof-top garden of the Vajra Hotel where students of various Lamas would ask him questions.

Ngak’chang Rinpoche comments:
When I was a young man in India, I was often quite poor. I used to work in factories to save the money for protracted periods of study and retreat in India and Nepal. Sometimes I ran out of money – and was left with just enough to get me to the airport. At times such as this Western Dharma students would sometimes take me out for dinner – having first plied me with many questions concerning Vajrayana. It was a wonderful opportunity both to give explanations and occasionally to be fed. I would sometimes subsist on two meals a week, and it was a valuable to practise being non-manipulative in terms of not making it obvious that I was hungry. I was hungry most of the time I was there – once my money had run out.

In later years of course, I have travelled with apprentices, and have had to employ as much caution with regard to moderating my diet in response to extraordinary generosity.

McLeod Ganj—which most Western people call Dharamsala—has changed a great deal from the assortment of tin roofed shacks that I knew in the early 1970s. Tourism has run rampant and the simple cordial atmosphere which used to exist has suffered as a result.