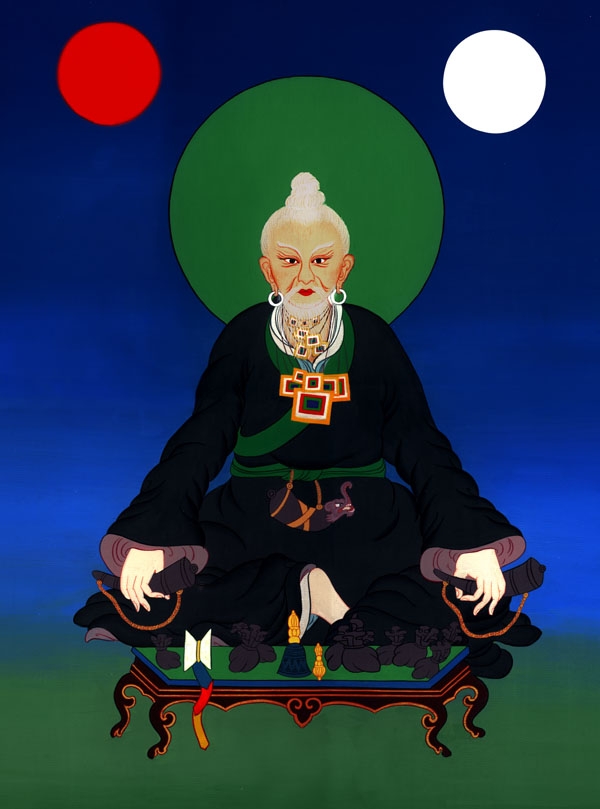 The wife of Ngakpa Dawa Ngödrüp, Khandro Chö-ying Nyima ’ö-Zér, had a good memory, and played a major part in the making of medicines. Ngakpa Dawa Ngödrüp was more specialised in the art of diagnosis. He had a collection of ngakrus in which he potentiated medicines. He showed Aro Yeshé how to use ngakrus and ways in which they should be made. He made four special ngakrus that he gave to Aro Yeshé on the instruction of Aro Lingma. One of these he used a great deal – it was a ‘ra-dzab’ ngakru, which was made from the horn of a drong – a large kind of wild yak. ‘Ra-dzab‘ is special. It is not always horn, sometimes it can be a rare kind of wood from a large tree-knot – but whatever the material, it turns black on contact with poison of any kind.

Ngakpa Dawa Ngödrüp was a herbalist ngakpa who wandered a lot in the hills gathering herbs and minerals for medicines. He was a short heavily built man who recited mantra almost continuously. He seldom spoke, but when he did, he was kind in his speech, although slightly serious. He had a solemn expression which belied his humour, and the children would sometimes ask him whether he was sad. When they did so he would beam at them, laugh, and say: That’s just my face, it’s not such a happy thing, is it!