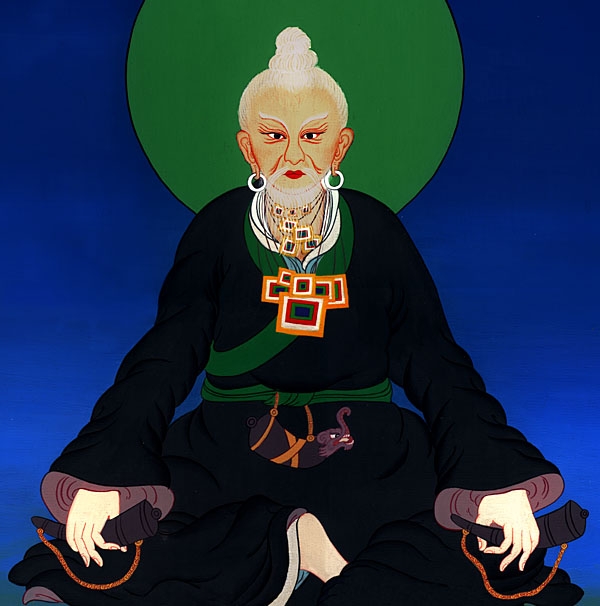 a ngakpa with a prominent nose

Like Ngakpa Dawa Ngödrüp, Ngala Nor’dzin Pamo is a healer and practitioner of medicine in various categories including elemental pulse diagnosis which comes down through the Aro gTér tradition from Jomo Chhi’mèd Pema.

Ngakpa Dawa Ngödrüp had a prominent nose, so the children used to tease him a little about his rather odd appearance. He was relaxed and good-natured so this simply made him laugh, and pull strange faces that half frightened and half delighted the children. The children of the Gar liked him very much and he would often sit and play with them when he was not engaged in gathering, preparing or grinding herbs. He was a practitioner of Ögyen Menlha yab-yum and of Lama’i Naljor of Khyungchen Aro Lingma. The couple were not able to have children of their own and so were able to devote a great deal of attention to Aro Yeshé’s material well being.