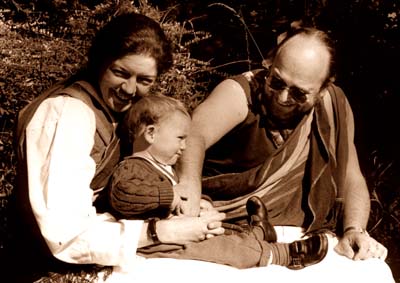 Ngak’chang Rinpoche and Khandro Déchen’s son was named Düd’dül Dorje by Kyabjé Künzang Dorje Rinpoche and Jomo Sam’phel. They have always taken a great interest in him – but saw him for the first time in Bodha in December of 2003. Robert has attended many retreats and enjoys the retreat environment – especially when the vajra orchestra performs for empowerments. He especially enjoys the dungchen – the long copper horns.

The photograph was taken on the Vajrayana Crafts Retreat in 1997 at Khyungchen Aro Ling, Forchtenstein, Austria. Crafts play an important part in the life of the practitioners of the Confederate Sanghas of Aro and Robert has always taken a keen interest in making things along with apprentices in the craft environment. He views apprentices as his friends and looks forward to seeing them.