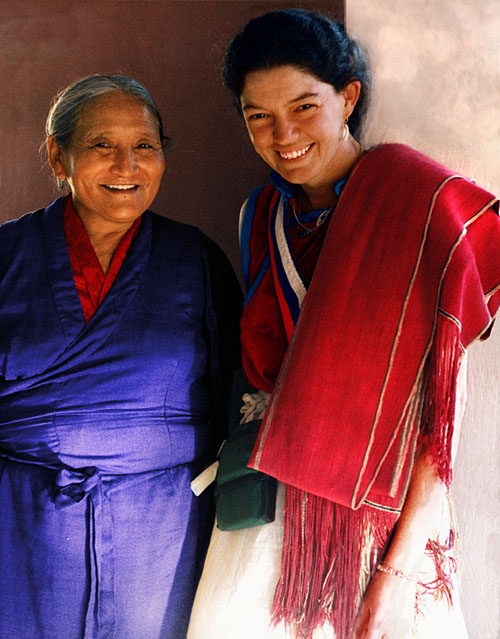 Ngak’chang Rinpoche comments:
There is much in this photograph which speaks of the quality of time spent with one Tsawa’i Lamas. Those who have travelled extensively in India and Nepal will recognise something in this image which cannot fail to resonate with their most inspired moments. To smile and to feel happy is a simple thing – but it is not so commonly seen as life is often complicated and we would seem to complicate it further through seeking greater contentment. When one is with Lamas however—and one has authentic devotion—there is never cause for despondency. Life is accepted. Birth and death are accepted. The wish for the freedom and merriment of everyone and everything everywhere is the ambience of the five certainties: Lama, teaching, time, place, and retinue. I carry such pictures in my heart of all my Lamas – including this one of Jomo Sam’phel and Khandro Déchen.