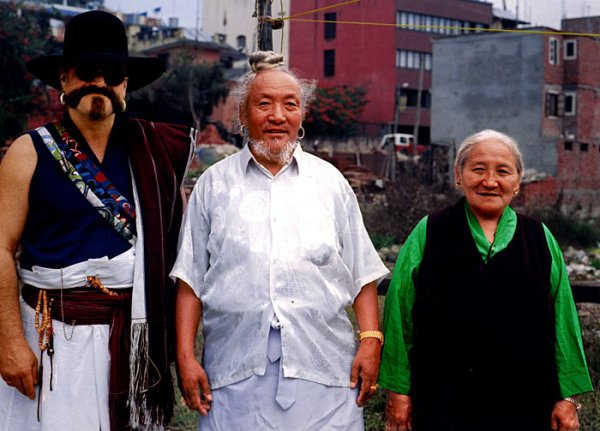 It was an extraordinary time and none of those who were there with Kyabjé Künzang Dorje Rinpoche and Jomo Sam’phel will be the same again. Kyabjé Künzang Dorje Rinpoche looked through the large collection of photographs which Ngakpa Trögyal Dorje had brought with him and commented on many aspects of the gö kar chang lo appearance that he saw displayed in the scenes from apprentice retreats. He noticed Ngak’chang Rinpoche’s green to-nga with delight – and said:
I have only ever seen such a to-ngas in thangkas and described in the texts. I will show these photographs to all my friends to show them that it was still possible to wear the gö kar chang lo in the world.