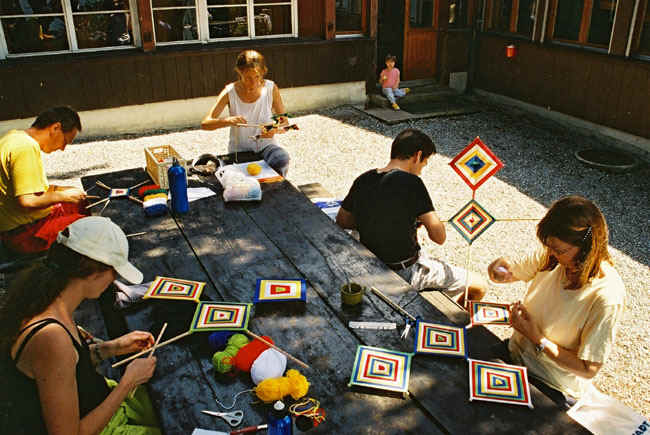 Namkha derives from the ancillary Mahayoga section of the Aro gTér. A namkha (sky-weaving) is composed of threads wool or silk which are the colours of the five elements: blue, green, red, white, and yellow – space, air, fire, water, and earth respectively.