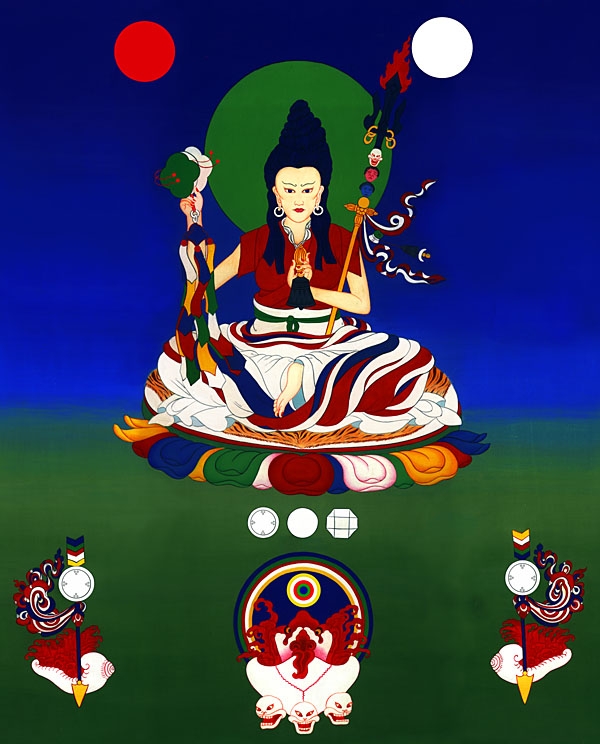 Jomo Menmo was born in the magical vicinity of the cave in which both Padmasambhava and Yeshé Tsogyel once stayed. The place was called Zarmolung, which was located in an area of Tibet called É-yül, which means ‘primordial-awareness country’. Her father, Dorje Gyalpo, was an accomplished ngakpa. Her mother was a dakini named Padma Paltsum. Her parents named her Pema Tsokyi, which means ‘Lotus of the Ocean’. Until she was four, her parents kept her at home in comfortable surroundings. Then her mother died and her father remarried. Her stepmother required her to work excessively – carrying wood and herding the yaks and dris.