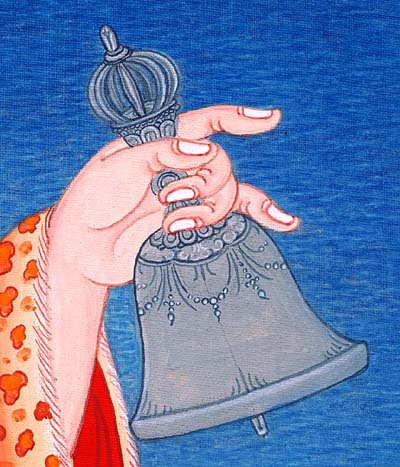 Ngak’chang Rinpoche comments:
The use of iron was common amongst the gö-kar chang-lo’i dé. When I was in Switzerland in 1994 I met Kyabjé Gangten Tulku Rinpoche and had the good fortune to be able to sit and discuss various things with him. One of the subjects we touched upon was the appearance of the gö-kar chang-lo’i dé, and he told me that ngakpas and ngakmas should preferably use implements of iron, bone and leather. He said that iron was the metal which was most connected with space and therefore the primal purity upon which ngak’phang practice was grounded.