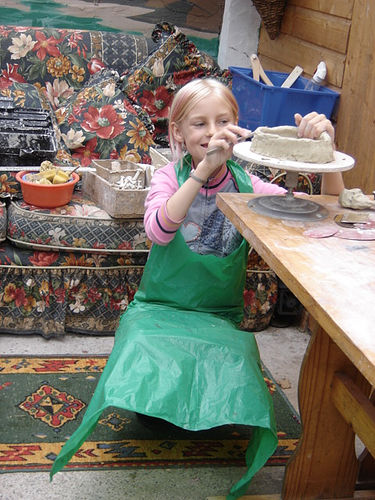 Cassie regularly practises with her parents and knows many of the vajra melodies by heart. This was her first retreat as an apprentice, and she greatly valued the opportunity to practise with the whole sangha and to be involved in the craft work of the 2005 craft retreat. She made quite a large torma out of clay coils.

Ngala Nor’dzin says of Cassie: She has great energy and enthusiasm, which is infectious. She asks interesting and deep questions which are useful to all who practise with her. It is extremely valuable to be able to begin to practise at such a young age – an opportunity many of us did not have. Her parents enjoy her involvement without expectation, and we are sure that she is going to become an extraordinary practitioner.