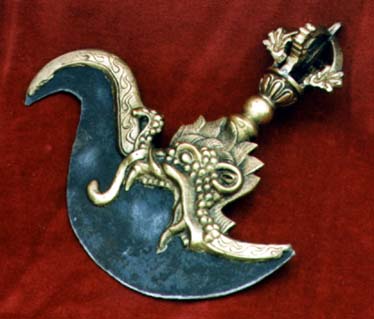 The thunderbolt flaying knife is one of an assemblage of many kinds of vajra weapons which are employed as powerful symbolic means. These weapons all perform some visionary task with regard to the slaying of duality. The gri-gug flays away the thick hide of indifference.