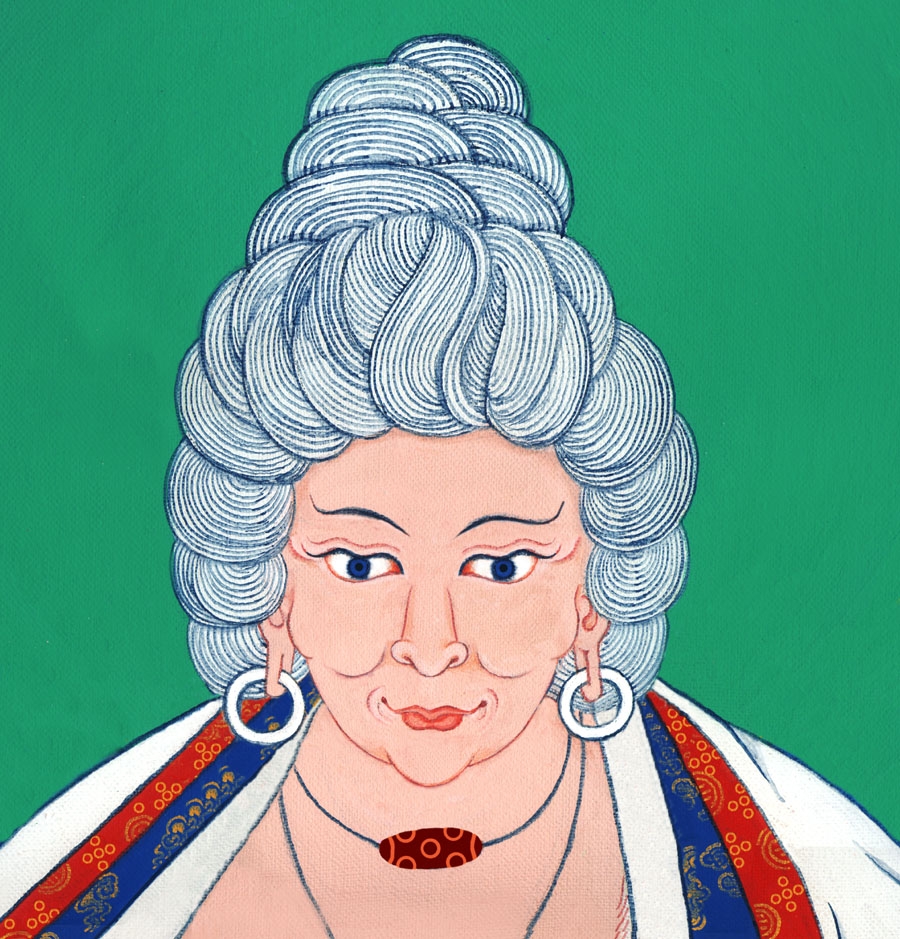 As a child, Khandro Shardröl Rinchen Wangmo learnt to play musical instruments, as her father retained various attendants, one of whom provided music at social occasions. On reaching the age of thirteen she left home permanently to live in the mountains with her mother, as an attendant and disciple. Khandro Shardröl Rinchen Wangmo remained with her mother until she died – at which time she became a wandering yogini in the region of Golok where she met Khyungchen Aro Lingma and became her disciple.

Whilst residing at the Aro Gar, she was chosen to be one of the five mothers of Aro Yeshé. She taught Aro Yeshé how to play flute and dramyen. She met her husband Ngakpa Namgyal Dorje (sNgags pa rNam rGyal rDo rJe) in the party of Aro Lingma as she travelled down into Southern Tibet. Ngakpa Namgyal Dorje belonged to the family clan of A-Kyong Düd’dül Dorje.