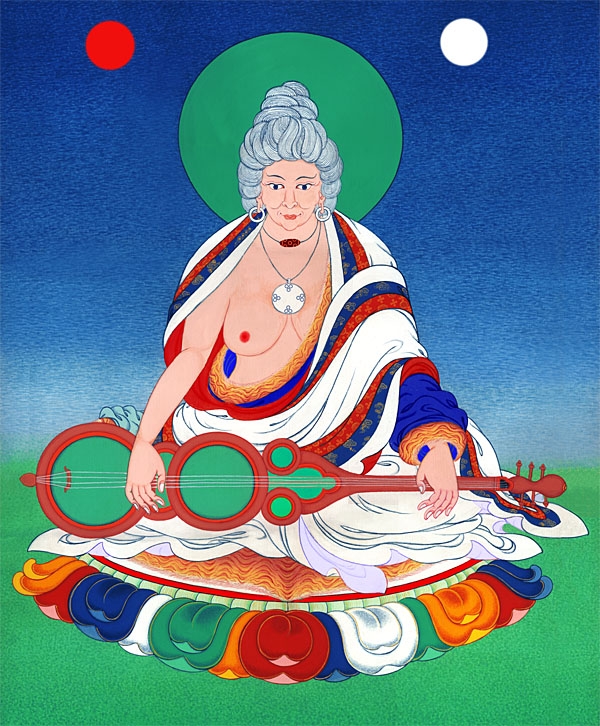 Khandro Shardröl Rinchen Wangmo held a family tradition related to the bird-headed dakinis, which she had received from her mother. Her mother, A-shong Rig’dzin Gyalmo (A shong rig ’dzin rGyal mo), was a yogini who had lived most of her life in the mountains of Kham, and was the youngest wife of a wealthy farmer, Phüntsog Tobden (phun tshogs sTobs lDan), who financially supported his yogini-wife in her religious practice. A-shong Rig’dzin Gyalmo – one of three daughters – had studied and practised with the Lama of her own mother, Dri’mèd Rinchen Zangmo (dri ’med rin chen bZang mo), who had lived her life as a householder practitioner, periodically inviting Lamas to reside in her home. As the youngest daughter, A-shong Rig’dzin Gyalmo spent more time with her mother than the other two girls and developed a greater interest in practice thereby.