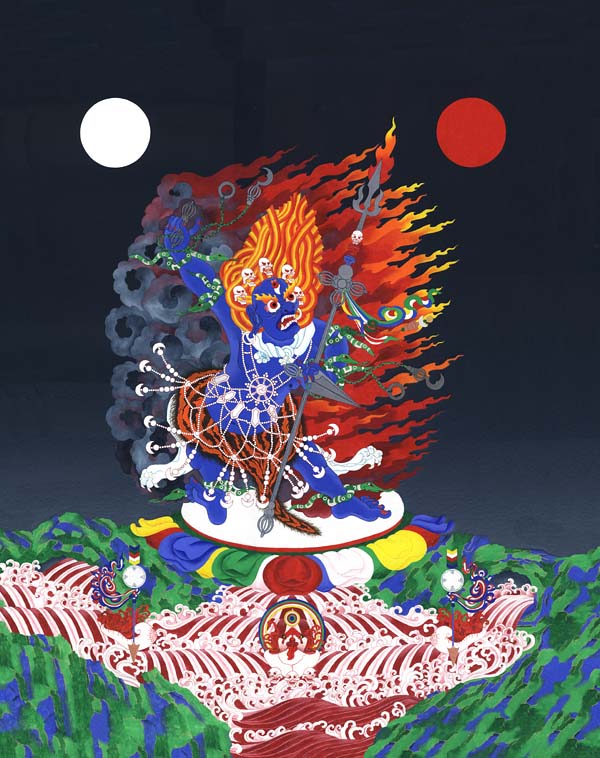 the roar of the vajra master in his terrific environment

Ngak’chang Rinpoche say of this image:
Seng-gé Dradog stands upon sun and moon discs in a terrifying wilderness of mountains and rock where torrents of blood gush unabated. Some may ask why one should wish to become such a being in such a place—because this is the character of self-arising—but the meaning of Seng-gé Dradog’s form and environment is not that ‘this is where one would wish to be’ – simply that this is where one can be without fear or untoward neediness with regard to self-preservation. It is here where one makes one’s fearless lion’s roar of reality. As Seng-gé Dradog, one proclaims that reality cannot be manipulated for referential ends. It does not matter what those referential ends are, reference points may be presented with a ‘spiritual appearance’ – but they are nonetheless reference points for all that, and the lion’s roars demolishes them.