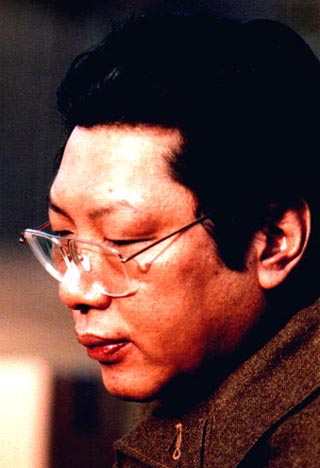 Chögyam Trungpa Rinpoche was one of the most outstanding Tibetan Vajrayana Masters to teach in the West. He was the realised master who, more than any other, changed history for Western people – Buddhadharma became a living possibility within the fabric of Western life.

In terms of his oral transmission in the English language, he was the pre-eminent communicator of Dharma of the 20th century. He was a poet, calligrapher, and artist whose creative genius illuminated every area of human endeavour it touched. He was a much-beloved Lama who inspired thousands of students – both those who studied with him closely, and those who only came to hear of him through his consummately brilliant books. His language has permeated Western Buddhist parlance to the degree that many people are unaware that they use words and phrases initially coined by Trungpa Rinpoche.

Ngak’chang Rinpoche wrote:
He was the Lama who first ripped open the fabric of codified religiosity and talked of diapers and the kitchen sink. The literary genre of Evans-Wentz with its biblical ‘thee’ and ‘thou’ was gone forever. Phrases such as ‘spiritual materialism’ and ‘basic sanity’ have become common parlance even outside the Tibetan traditions.