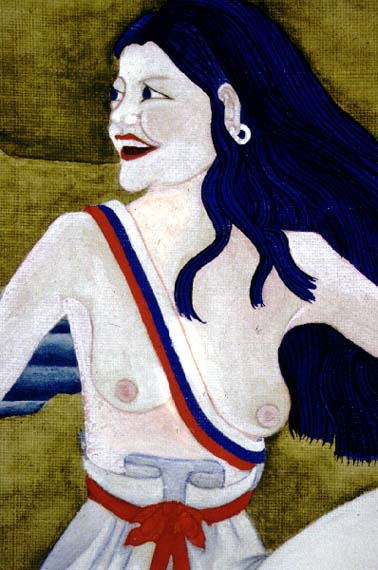 Aro Lingma is shown here as a young woman, dressed in réma costume. In this form she is known as Khandro Yeshé Réma. This name relates to the earlier part of her life, before she discovered the gTérma cycle from which she received the name Aro Lingma. The red sash at her waist denotes the practice of gTumo. As a girl, and as a young woman she customarily wore her hair loose (lCang lo) and rarely wore more than her white yogic skirt. As a child she preferred to live without clothes even in the most severe weather, due to the fact that she was accomplished in gTumo by the age of nine.