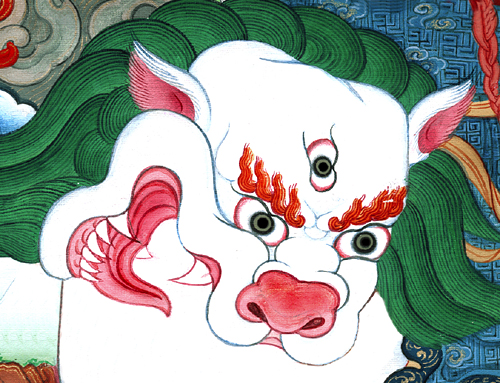 This form of Dorje Legpa is particular to the Aro gTér lineage, and is one of the three forms within the Lineage. In this form Dorje Legpa rides a snow lion.