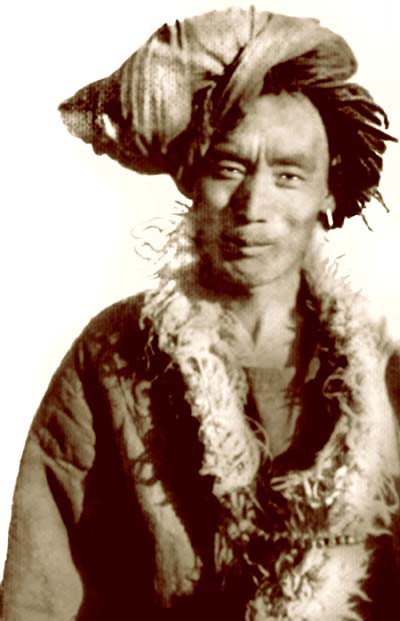 This photograph depicts a disciple of Ngala Shérab Dorje Rinpoche, who wears his hair in one of the various Togden – or matted-hair styles of the gö-kar chang-lo, in which the hair is wrapped in a loose kind of red turban. This style is particularly rare outside the cold areas of Tibet. This photograph was given to Ngak’chang Rinpoche by Khamtrül Yeshé Dorje Rinpoche but no details regarding this gö-kar chang-lo practitioner survive, apart from the fact that he spent thirteen years in retreat after his wife died of smallpox. He had three daughters who were practitioners who looked after him in retreat. The photograph was apparently taken not long after he came out of retreat.