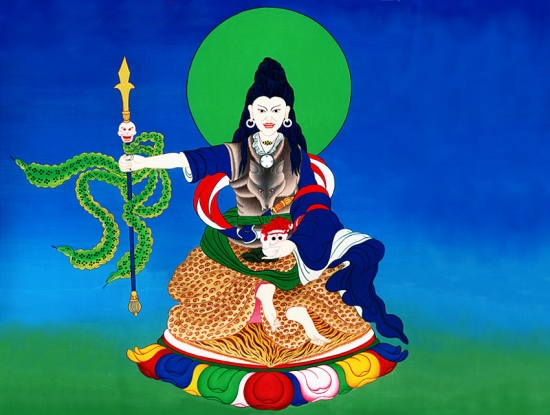 one of the five adoptive mothers

Khandro Tsé-wang Gyür’mèd Pema holds a vajra spear from which three snake skins writhe. In Tibetan iconography, as well as in everyday artefacts such as carpets, animals skins include the head of the animal and are given the expression of being alive. Hence even though the snakes skins on the vajra spear are skins, and not live animals, they are given the expression of living creatures.