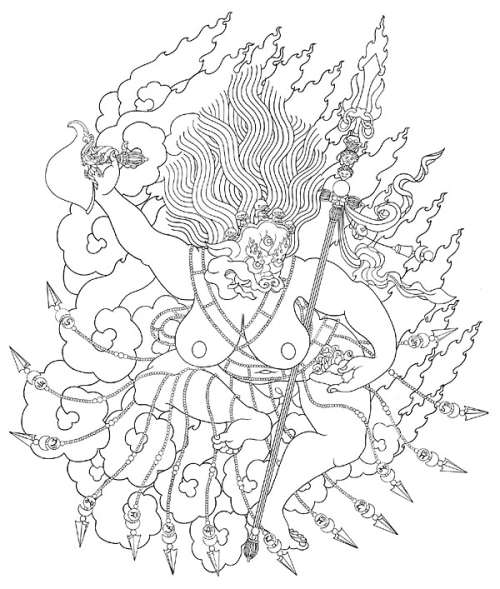 Green Seng-gé Dongma is the most voluptuous and energetic of the Seng-gé Dongma yidams. She is known as the Fabulously Obese Green Lioness of Genocidal Gluttony.

Her burgeoning copper hair flies upward as a billowing green blaze and she wears a wrathful five-skull crown. Over her hips and thighs is draped a human bone skirt, which bears the 14 syllables of destruction which are connected to the 14 root vows. In her left hand she holds a skull bowl, and in her right a nine-pronged flaying knife.