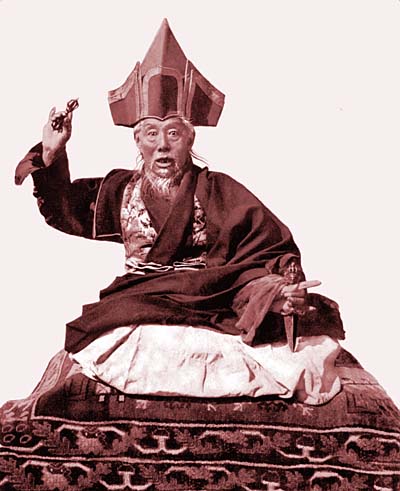 Ling-tsang Gyalpo was a Nyingma gTértön of the earlier part of the 20th century. He was an incarnation of Ling Gesar – the ancient Tibetan spritual warrior-hero who gave battle to the demonic forces of negativity. Ling-tsang Gyalpo was a Phurba master, and the phurba which he holds in this picture is one of the treasures of the Confederate Sanghas of Aro.