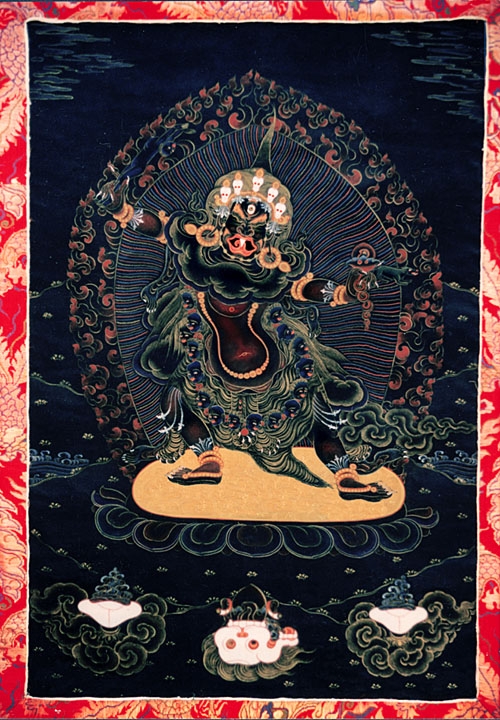 Khandro Déchen comments:
This thangka is painted in the style of ngak-thang – or thangka painted on a black ground. In her left hand Ekajati holds the ripped out heart of justification. A black dog—symbol of black magic—flees from the compassionately murdered heart – describing the manner in which sociopathic desire to control and manipulate are forcefully dissolved into emptiness.