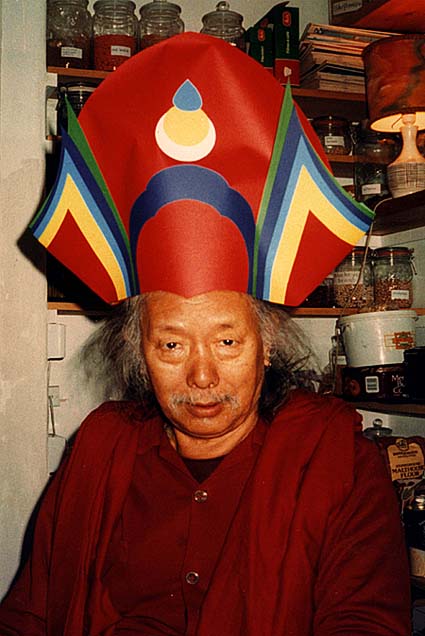 Ngak’chang Rinpoche recollects:
I went to the counter with the bolts of material and was in the process of ordering a yard of each colour when Chhi’mèd Rig’dzin Rinpoche surprised me by telling me that I should make it two yards of each – and it was only later that he told me that he wanted me to have a hat made for myself as well. Some years later Chhi’mèd Rig’dzin Rinpoche suggested that I should have a new hat made of brocade in Nepal. I was sorry to give up the hat because it held such delightful memories for me.