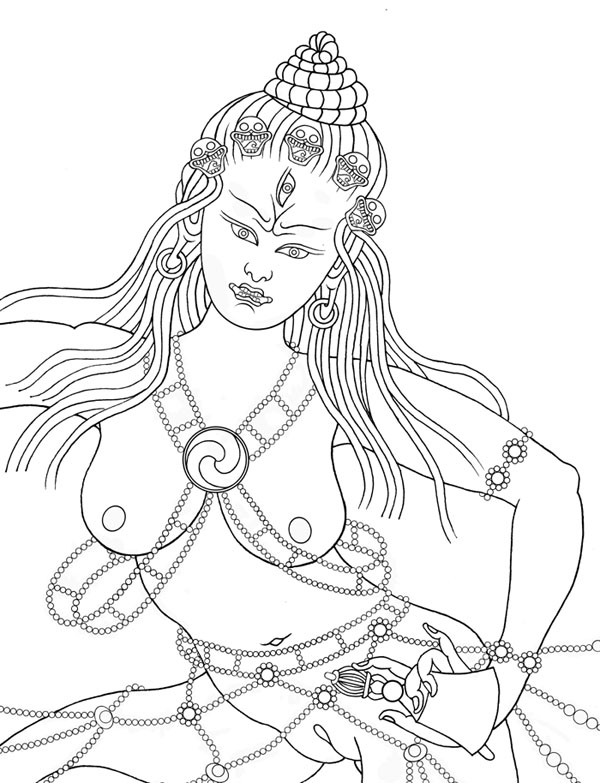 In her adult life disciples of Ma-gÇig Labdrön flocked to her from many regions of Tibet and Nepal. Eventually, her fame spread to India. When the pandits in Bodhgaya heard of her, they were concerned. They believed that all teaching must go from India to Tibet; now it threatened to come from Tibet to India. They sent three accomplished yogis to her; these three questioned her knowledge of past lives and lineage and she defeated them in debate. With great respect, the Indians declared her an incarnation of the Great Mother, and invited her to India. She answered that this was not the lifetime for her to do so; but she would like to show them the Tibetan way of practising gÇod. She sent some of her most important teachings to India; this was the first time that dharma teachings were brought from Tibet to India.