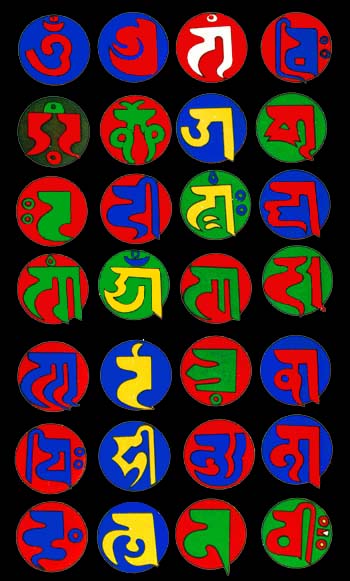 Khandro script arises from the Sambhogakaya. The syllables can be like seed syllables out of which an entire and massive body of teaching can arise. gTérma often appears as khandro script which can only be read by the gTértön who discovers the gTér. Occasionally the script can be read by another gTértön, but generally it is only accessible to the gTértön who discovers it. Direct understanding of the script would arise spontaneously – or it would be completely incomprehensible. This example of khandro script comes from ‘Demons and Oracles of Tibet’, by René D’Nebeski Wojkowitz, and offers protection against different kinds of demon. The script would have been woven into an amulet or used in other ritual practice to offer protection against: