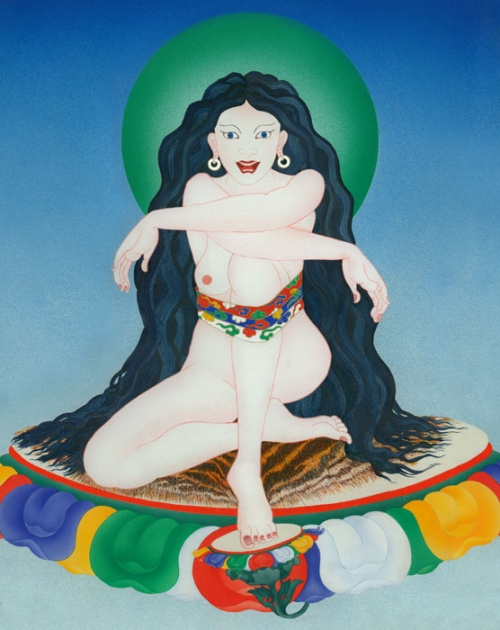 Ngakma Pema Zangmo comments:
When painting the image of an historical figure one starts with the person, producing an iconographic image from that. In Aro Lineage thangkas we make the figure more anatomically realistic than is sometimes seen in thangka painting, but we have to be careful where we draw the line inasmuch certain things have to remain iconographic. Faces have to remain relatively realistic. The torso and limbs can change to make them more realistic – they must remain iconographic, but be believable. Hands and feet are depicted in traditional style. There can be a danger that images become cartoon-like or reminiscent of Disney. For example if I am painting a skull, the skull does have a grin, but it is essential that the image does not become comical – it needs to be inspiring.